created: 2019-10-19; modified: 2019-10-19
5 random top posts
> Forecasting humans becoming generally intelligent with biological anchors: year 10,000,000,000,002,022
> How Life Sciences Actually Work: Findings of a Year-Long Investigation
> Reviving Patronage and Revolutionary Industrial Research
> Why is there only one Elon Musk? Why is there so much low-hanging fruit?
> Why (and How) You Should Join Twitter Right Now

2 months ago someone submitted an old post of mine to Hacker News. Within an hour the post reached HN’s front page and soon after it was at #1:

When I opened my Google Analytics and realized what was going on, I literally jumped in my chair and started screaming. 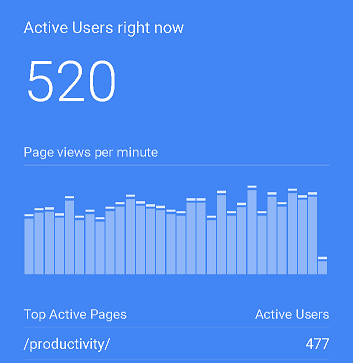 I was ecstatic. After four years of writing, after feeling so underappreciated by HN, after being satisfied with that post being received ok but never going viral… It finally happened. I would probably give up a year of sex just to have this feeling again. And then, a few moments later this happened:

I went to Hacker News and saw my post slip to #2! You won’t believe how angry I was. I looked at the submission that took the #1 spot and I saw that it was (1) submitted earlier, (2) had fewer upvotes, and (3) was gaining upvotes slower than my post. By the gods, how the hell did it overtake me!

My hands started shaking and I started cursing at Hacker News. I was mad at Paul Graham, Sam Altman (even though he was at OpenAI already), the entire team of Y Combinator, every single person who read my post but didn’t upvote it, at myself for joining the comment section and thus contributing to HN’s algorithm’s belief that the post’s discussion was “overheated”…

I spent about 10x the time being mad as I spent being ecstatic. I remind you that throughout this entire episode my site still had more concurrent visitors than ever before. I would give up ten years of sex just to avoid ever slipping to #2 again.

Note: this story was originally intended to be an introduction to Why We Likely Underappreciate The Pace of Technological Progress post but I figured it was too distracting.