created: 2019-05-11; modified: 2019-05-11
5 random top posts
> How to make friends over the internet
> The Effects on Cognition of Sleeping 4 Hours per Night for 12-14 Days: a Pre-Registered Self-Experiment
> Why You Should Start a Blog Right Now
> Every thought about giving and taking advice I’ve ever had, as concisely as possible
> What Should You Do with Your Life? Directions and Advice

I was obsessed with Tinder. In one month, I spent more money on beer and coffee than during my entire previous life. I was swiping for hours every day. If I was not swiping, I was messaging; if I was not messaging, I was concocting ever more elaborate bios.

We met the following evening. A rare event on Tinder — she was prettier than her photos suggested. I was smitten. We talked and talked and talked for hours every day. By the fourth night I was sneaking her past the university security and doing things to her in empty auditoriums in the far corners of the building that my university would definitely not appreciate, had security ever found out. 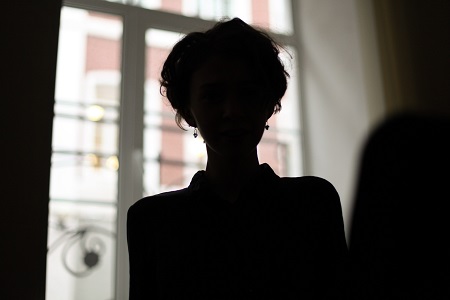 The following weekend, when my parents were out of town, I fucked her. By the time that happened I already knew I would dump her, but one part of my brain convinced the other that because she clearly wanted me so much, it would still be ok. And regardless — I needed the experience.

The worst part — I don’t even like getting laid that much. A couple of years earlier, the girl I was going out with told me “you will lose your virginity tonight”. She meant it. I thought that the aesthetics of it were not to my liking. She was cute and of course I wanted her. But I enjoyed her vagina-less baroque persona so much that I felt my life would turn into a bad movie if we ended up taking it to the last base. Mirrors and copulation are abominable, because they increase the number of men, I liked to note back then.

The last message I got from M. was “you are not going to talk to me about this, are you?”. When she sent it to me, I promised to myself that I will not date anyone until I can be honest, at least with myself. I never found the time to reply.

Over the years, I noted that you can usually figure out a person’s major simply by looking at them. Math and CS departments tend to be filled by the most stereotypical of nerds (with a few hot girls who like to wallow in nerds' limitless attention mixed in). Party-lovers of all sorts study Economics. Hot chicks study psychology. But the hottest chicks study art history. 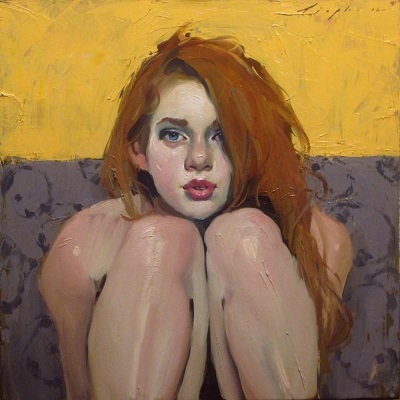 Two weeks after I made that stupid promise to myself, I was sitting in my first lecture of the art history class, which was read by the most soft-spoken man I ever saw. While walking us through the course contents, he noted that the optics of the medieval man were weak, but his desire to please God was much stronger than ours. I was hooked.

I also got hooked on one of the hotter chicks in the class. She was as fiery herself as was everything in her life. Her hair was bright red. She liked art that made something inside of you burn. And while I was flirting with her, her clothes and a multitude of extravagant rings on her fingers unabashedly flirted with vulgarity. As I said — I was hooked.

Of all my relationships, this was probably the dumbest one. We went out for almost a month; and we clearly were a bad fit. To be even more frank, this was also the most awkward of my relationships. Still feeling bad about M., I never even tried to kiss N. We probably looked like seventh-graders holding hands and cuddling awkwardly in public places. I never found enough guts to ask her what she liked about me. A week into the “relationship” I realized that her alluring vulgarity was simply a lack of taste. Two weeks in I discovered that her interests were limited by the fiery artists and her vulgar outfit. Three and a half weeks in I disappeared.

From the descriptions above, it may sound like I’m pretty bad at relationships. I prefer to blame the girls I dated.

My very first girlfriend blocked me on all social media when we broke up and tweeted “the fact that I still like men proves that sexuality is not a choice” a few days later; the next one dumped me while I was having a several days-long mental breakdown over the feeling of general inadequateness. The next one I broke up with via a text messaging app. I never maintained much of a relationship with any of them, as you could guess.

A friend of mine once told me that the only way to be hated by 10 girls is to make 9 hate you and decide that it is not enough. I probably should have listened to him more carefully.

I never had too much pride. This is probably what allows me to be honest — well, at least with my past.

I played 120 hours of videogames during the next 7 days. I was angry at myself for my weakness — broken promise; and my cowardice — I knew that the only reason I didn’t break up with N. way earlier was a vague promise of pussy. Did I mention that I don’t even like getting laid that much already?

There’s one more thing that came up that contributed to my latest breakdown. A few days before it happened, and while I was still seeing N. almost daily, I realized that I was falling for her friend, fast. In the last three days, my inner conflict hung up my consciousness, leaving me completely bereft of any feeling at all. Of course I promised to myself that I would stay away from N.’s friend.

We were in a bar two days later. I prayed that she was lesbian, polyamorous, didn’t get closure with her ex, had to leave the country tomorrow, anything. Instead, we talked until the first bar closed, moved on to another one that worked late into the night, and at about 4 in the morning were drinking champagne, trading stories about our pasts on the kitchen floor of her apartment. Then she brought out her guitar and I burst into tears.

3 days after that night, the girl that banned me on all social media when we broke up suddenly changed her facebook profile picture to a photo of her I took when we were dating and started regularly liking my posts.

5 days after that night, the girl that dumped me during my several days-long mental breakdown suggested we get a coffee and told me that everybody knows that K. is a whore.

7 days after that night, the girl I broke up with via a text messaging app wrote me that she would like to “catch up” as soon as possible.

Being sure that the only reason all of this could be happening is all of my exes telepathically realizing that this is their last chance, I proposed to K., without even seeing her naked. We were married two months later and she edits all of my essays now.

Just kidding. Remember that friend who told me that 9 girls who hate me is enough? Well, when he realized that K. and I were dating, knowing everything about my past, he immediately saw where this was going. Being a friend of K. as well, he basically told her this entire story I’m now telling you, but with even more colorful details thrown in.

My last message to K. read “you are not going to talk to me about this, are you?”. I’ve been sitting in my room playing videogames and writing stories about Tinder ever since. She never found the time to reply.

Thanks to Edvard Munch for the inspiration. Thanks to Borges and to Byrne Hobart for the beautiful turns of a phrase I shamelessly stole from them.